...Almost gone! Apparently there is only one "A Loner, A Rebel" print left at Gallery 1988. If you were on the fence about picking this print up, decide quickly! I'd like very much to have another sell-through on one of my Gallery 1988 offerings...

Go to http://nineteeneightyeight.com/products/scott-derby-a-loner-a-rebel if you're interested in picking up the last available copy.
Thanks,
S- 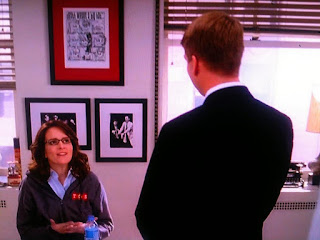 Hey all,
I just wanted to share a little tidbit of fun that raised it's head during the recent premiere of "30 Rock" on NBC. My Elvis Costello inspired "Death Wears a Big Hat" print made an appearance in Liz Lemon's office, seen in the image above, directly above Liz's head. In an attempt to make a long story short, Tina's older brother is a buddy of mine as well as a big Elvis Costello fan. Tina is an enthusiastic fan of EC as well, so Peter gave the framed and matted pic to his sister as a birthday gift. It graced the wall of her dressing room until she decided to give me worldwide exposure, and added it to the set. It was quite a nice surprise... Thanks for the "shout-out", Tina! 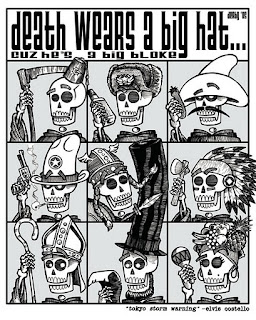 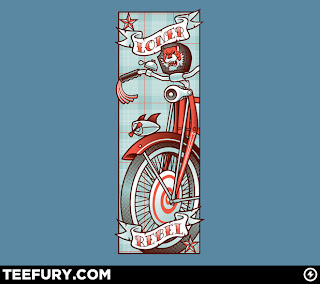 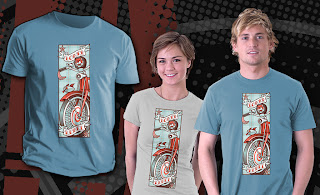